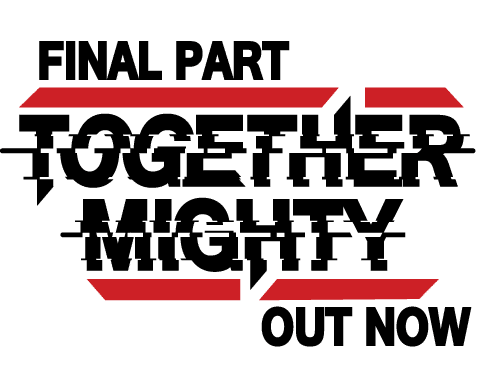 Together Mighty is the third and final single release of the 2017 series and completes the triptych.

The roots, dub and stepper trilogy plays out beautifully as individual tracks yet becomes stronger when played together.

The music will run as the sound track to a short animated fictional film in the future.

The film will tell the tale of a controlling force that broadcasts a dark vibration over the masses from the Babylon power plant.

Pumping fear and greed directly from the plant into the vein of humanity to keep the people constantly in ignorance of their own slavery.

Urban Lions are a band, who while on tour in an old bus, lead the convoy of the underground resistance when they discover the weapons of bass vibration. They emit a true frequency to counter the dark vibe of Babylon and sound down the walls of the power plant.

As the true vibration resists the conductance of Babylon Corp and the veil of illusion is dropped, the people wake up to realise they are slaves and begin an uprising, which ends in a great sound clash as positive overcomes negative.

Until then, enjoy the true vibrations of Urban Lions.

With thanks to Matt Martin (Consious Youth) for extra piano